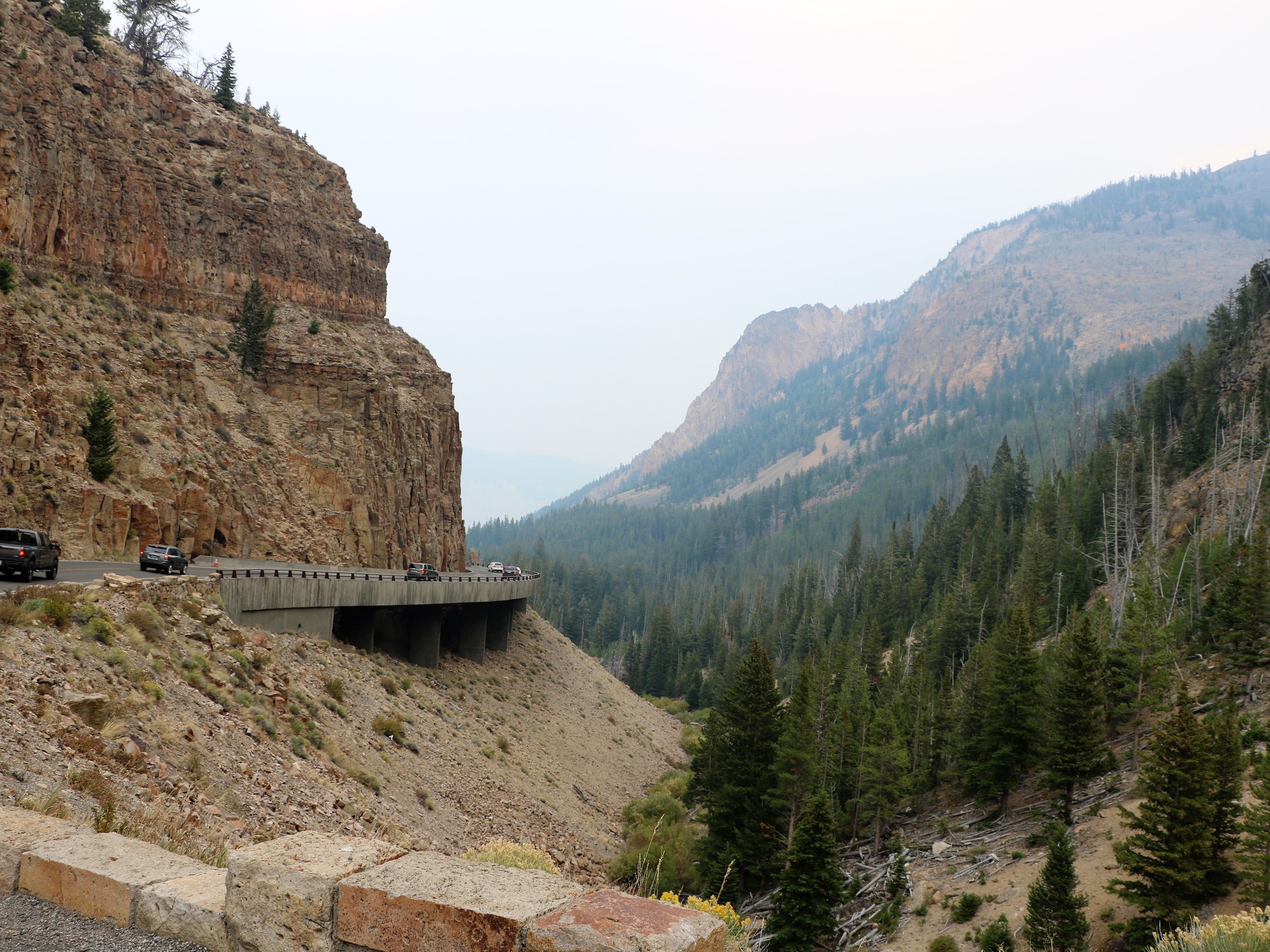 Yellowstone National Park is so uniquely different than any other traveling destination we have had.  The map on the left is from the park’s website;  click on the photo, it will be much easier to view. We parked our motor home at Yellowstone Grizzly RV Park right in West Yellowstone, Montana – seen on the far left side of the map, right in the middle. It is a cute, touristy town with lots of history and we enjoyed walking around it. It is located at the west entrance to the park. A sliver of the park spills into Montana and Idaho, but basically it’s in Wyoming.

We definitely could have spent another day or two at the park. I’m sad we didn’t, but we could only get a site reservation for three nights. The park was very nice, and I recommend staying there.

Even though we thought crowds would be down due to kids being back in school, the traffic in the park was heavy. What really gluts things up are animal sightings. Cars come to a standstill and, even though park rules say not to, people step out of their vehicles with cameras in tow.

Long the source of trapper legends and tales, The United States Congress established Yellowstone National Park in 1872 while Ulysses S. Grant was president. In 1916, the National Park Service was established which further protected the land from poachers and the like. By 1948, one million people toured it. Today, the park has nearly five times that many visitors each year.

The explorers of long ago talked about mud that boiled, steam that rose from the ground, and water that shot up to the sky. Back then, no one believed them, but it’s all true! 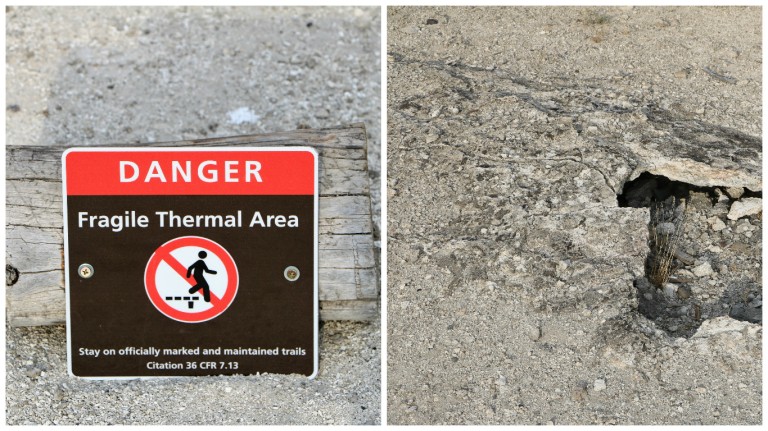 Unfortunately, a few visitors get hurt (or worse) each year. In many areas, the ground has boiling water under it. It’s not a good place to ignore signs or break the park rules!

What a difference a day can make! The weather can change immediately and varies in different areas due to altitude changes. The weather was humid and hot during our first day at the park.

Below is what we experienced on our second day! My advice: take outer wear for every kind of weather!

These furry guys didn’t seem to mind the giant snowflakes that were plopping down.

The temperatures hovering around 30 degrees didn’t stop people from lining up to view Old Faithful either!

I took the video above with my phone – it’s not the greatest quality but it gives a bit of the idea of the impressiveness of Old Faithful. It’s much better in person!

North of Old Faithful in Lower Geyser Basin there are mudpots.  The gloppy earth actually looks like its boiling. I wish I could have gotten a better photo than this one above, but the air was so steamy due to the cold temperature that day.

That’s not snow on the ground in the photo above. This is the beginning of the trail through the Minerva Terrace. 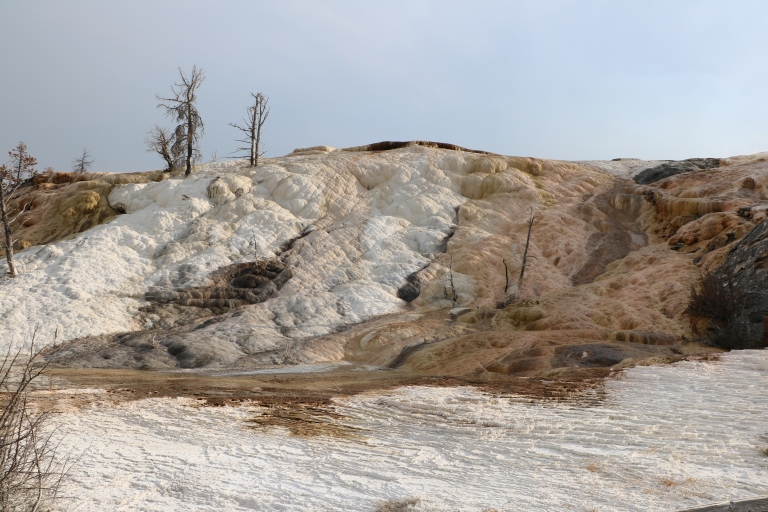 All the white stuff is mineral deposits left from the flowing water that comes up from the ground. 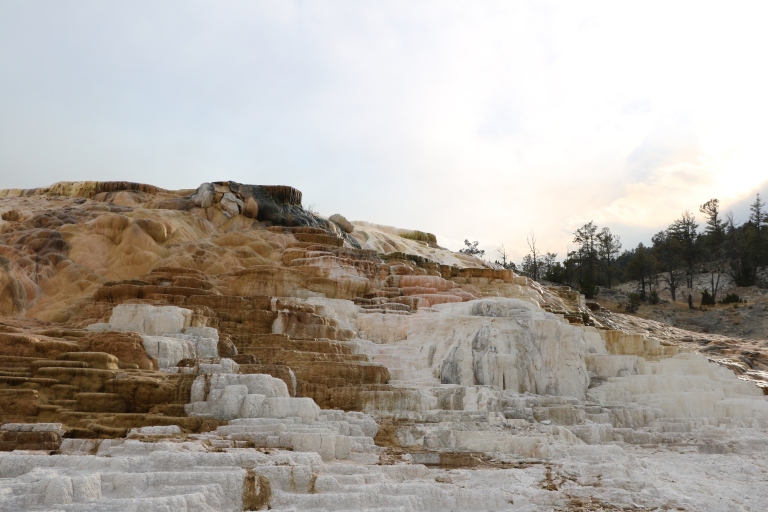 The limestone deposits are called travertine and are forever being formed, one fraction of an inch at a time.

This road across the Golden Gate Canyon was first built in 1885.  They used explosives and hauled off the rock and dirt with donkey drawn wagons. The bridge has been built three more times since then; the last time was in 1977. 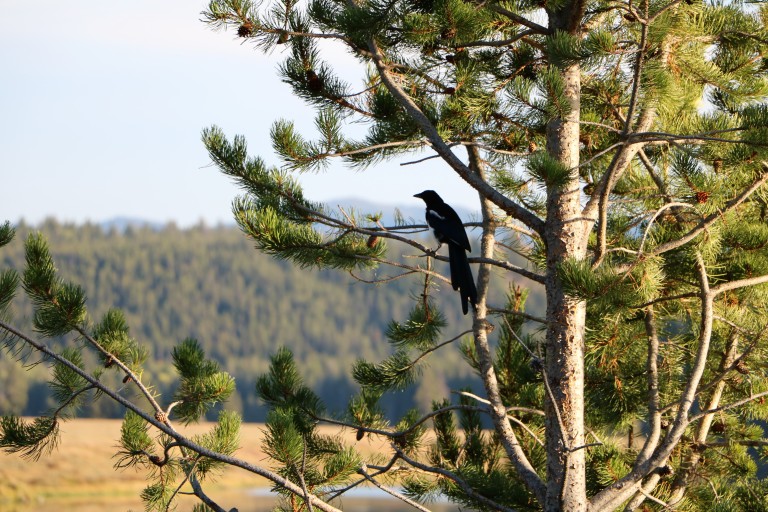 We were thrilled to see a lot of wild life in the park. 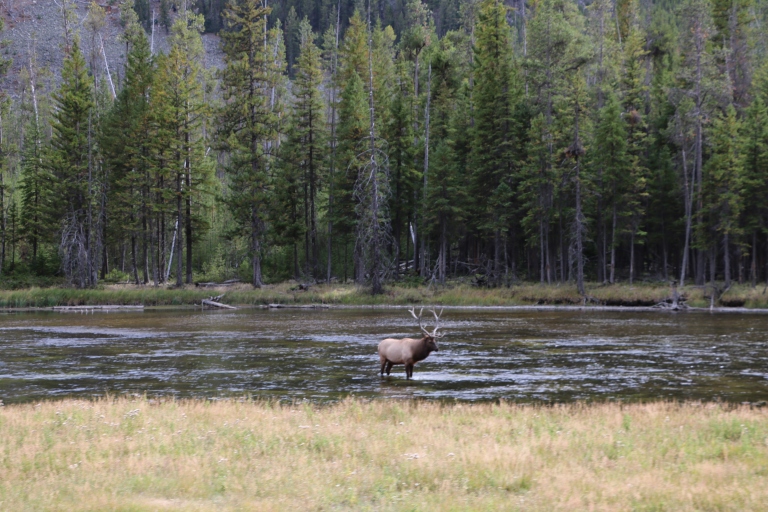 We saw this elk just after entering the park. 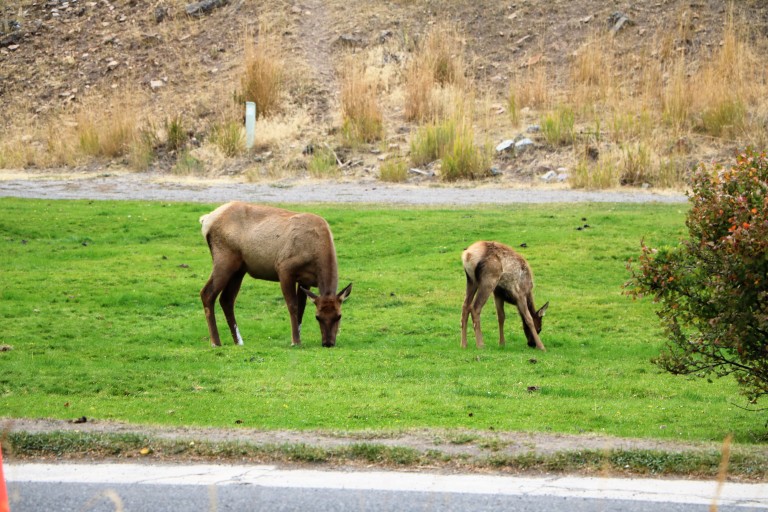 This mom mule deer and her little one were close to Minerva Terrace.

See the bear cub up high in the tree? His momma was wandering around down below.

We saw bison in several areas of the park. They seemed to hang out right by the roads which caused traffic jams!

Yellowstone National Park is definitely worth a second visit! Maybe next summer…

4 thoughts on “The Granddaddy of the National Parks: Yellowstone – September 10 to13 2016”